He’s right. John Boehner was talking about the fiscal cliff, but he could very well have been speaking in general. Because Congress is nowhere.

Nowhere on Violence Against Women in Indian Country.

Nowhere on leadership that looks like you and me.

With so much at stake, that’s the best we can do?

Native American women cannot wait for Congress to get somewhere.

“Eighty-eight percent of the abuse against Native women is committed by non-Native men—but we, as citizens of the United States, permit this abuse to go unchecked because we do not allow police officers, prosecutors and judges on tribal lands to perform their legal obligations regarding these non-Native men. In other words we, citizens of the United States, have sanctioned ‘open season against Native American women by non-Native men.’ This is simply unconscionable. Each of us has an opportunity, now, to right this wrong.”

People with disabilities and their advocates cannot wait for Congress to get somewhere. Yet we are forced to endure the mind-numbing word catastrophe that are press releases from senate leadership as they try to explain why they did NOT ratify the UN Disability Treaty. ‘Blah blah blah – the American family – blah blah blah – sovereignty – blah – cliff – blah – going over – blah – be very afraid.’ For the love of God – say something. At least ‘I have no experience of or interest in human suffering’ would be honest. 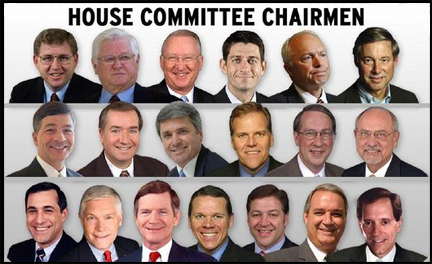 And finally. WHY are we nowhere on the leadership in the House?

Did Congress not learn anything from their insanity, inanity, and insulting ignorance about contraception and rape. IT PISSED US OFF! Representative Boehner – you can’t even find one measly woman to put into leadership??!?   Not even one man of color? Are you quite certain?

I don’t know about you, but I need OUT of nowhere. And  I’m on fire about it.

I’m looking for young women interested in running for public office. Women who want to act to solve problems.

And I’m making it a daily habit to coach, cajole and yes shame if necessary as many of my elected officials as I can. My message? “I need you to reach across whatever aisle you are sitting near to get some serious work done. To do otherwise is unethical and unforgivable.”

They need to hear from each and every one of us. Daily as necessary until they dig themselves out of nowhere. If we don’t have leaders who can do that, it’s just a damned shame. All the way around.