Unfortunately, the Supreme Court has just allowed full enforcement of the anti-Muslim travel ban. It’s a perfect time to support the rights of immigrants. 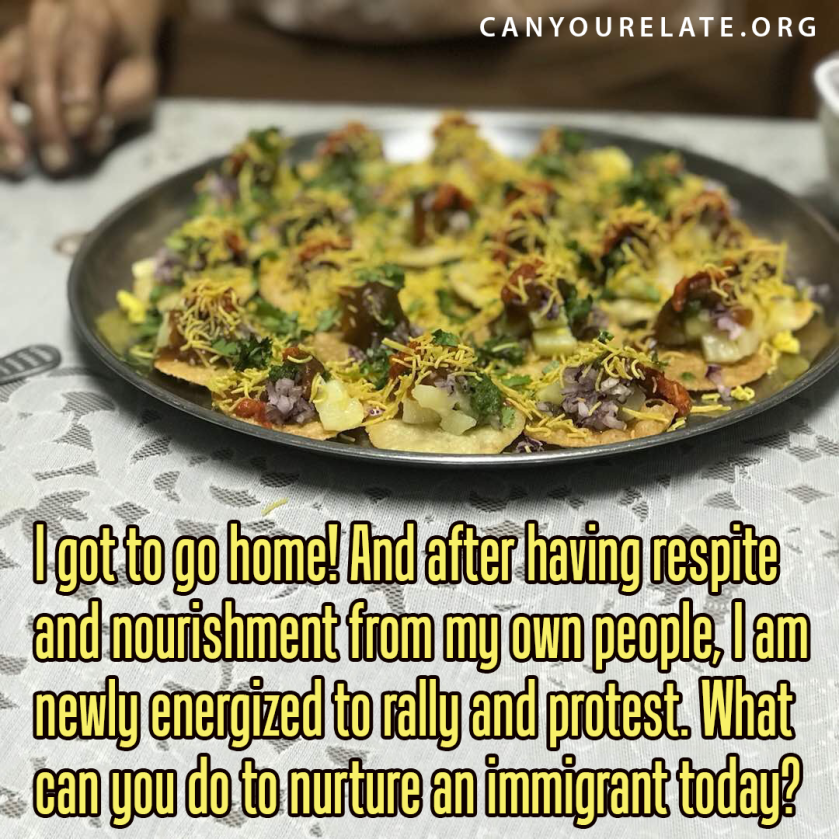 We are so grateful to all of you who are working to make the world a better place.

Today, let’s remember all who are fighting to make this country safe for everyone.

I got stuck in the elevator last week.

I got in, pressed 7 and rode up. The doors opened, maybe 4-5 inches, slammed shut, then everything froze.  I pressed every button on the panel, including the alarm. Nothing.

I’ve never been stuck in an elevator before. I know a lot of people say this is their worst nightmare but for me it really wasn’t that bad. Don’t get me wrong, I definitely experienced a little adrenaline rush. I was all by myself so I gave the door one last pound with my fist, sat down on the floor, looked around and thought “Wow, I’m stuck in an elevator.” It really does wake a person up.

(Spoiler alert, I got out.)

All week, I’ve been enjoying the quirkiness of the experience and playing with it. I’ve  been watching various things unfold from that wide-awake stuck-in-an elevator point of view. Like, I’ve been thinking about our national healthcare debacle, the mistrial of Bill Cosby, the happenings at my beloved alma mater The Evergreen State College; all of these as embodiments of the cosmic elevator in which our entire nation seems to be stuck.

How are we ever going to get out?

Today I’m thinking it has to be about everyday conversations where we learn to navigate the world with more finesse and not so much stuck-ness.

Let me give you an example. Yesterday, I watched two people end a heated debate with “let’s just agree to disagree.” Ever said that? Or had it said to you? That expression means so many captive things, including:

Allow me to indulge you in a story someone told me once about “you’re wrong.”

There was a monastery in Thailand where people from the U.S. occasionally went to join the Buddhist monks to study and meditate. A woman traveled there and for several months practiced rigorously, Returning to the U.S., she found herself attracted to an evangelical church and eventually pledged herself to Christ. She vowed to return to Thailand to convert the monks. Her return to the monastery was greeted with great warmth. But as the days went on, they became increasingly confused and then annoyed by her preaching to them as they tried to study. Finally the monks went to the abbot to seek his wisdom about what to do. The abbot listened intently to their account of events, considered for a time, looked at his wide-eyed followers, shrugged and said “She could be right.”

Which is just to say, “agreeing to disagree” is to be loyal to a story that may be right. It may be wrong. Who knows?

Or may not even be the only possibility. What if there were a third, fourth, or  fifth story; one we can’t even imagine because we get too stuck on the only one we know?

Or maybe all the possibilities are not mutually exclusive? What if two things that appear to be at odds, are actually not and can both be true at the same time?

What would happen if we flipped the script and committed to “Let’s agree to work to agree”? Getting unstuck. There are solutions to every problem we have created for ourselves.

Including getting out of an elevator. Half an hour after I rang the alarm, two guys from the Olympia Fire Department pried open the doors and let me out. Ultimately, I’m left with only one question. Is it possible to be stuck in an elevator and be both annoyed and dazzled at the same time?

I-1552 is bad for survivors of sexual and domestic violence.

I grew up on the Pawcatuck River. It’s a short little thing as rivers go, dividing Rhode Island from Connecticut and flowing into the Atlantic. As children in the 60s, all of us kids were strictly forbidden from swimming in the river because our moms said it was polluted.

This prohibition, however, only prompted us to “accidentally fall in” as often as we could get away with it. For decades now, we have worked together to clean up our messes. Today, kids can swim in the Pawcatuck River. It seems a shame to go backwards on this now.

I was snorkeling over a reef with amazing fishes a few weeks ago. Hearing news of the gutting of the EPA and thinking back about my childhood water and air quality prompted a half-assed protest. When I was packing for vacation, I didn’t include waterproof protest sign materials. Still, I did my best to make a splash. SAVE the EPA.

This is so basic. The broad conversation on violence and relationships includes the violence we heap on our beloved mother earth. Our survival depends on resisting.

What ways are you finding to resist violence of all sorts and advance your values around peace and justice? Let’s see your best protest signs!

We bring you this post from Karen Rosenberg, a Washington State Coalition Against Domestic Violence consultant.

Did you read about the guy who made threats against Jewish organizations as a way to hurt his ex-girlfriend? The Federal complaint reads in part: 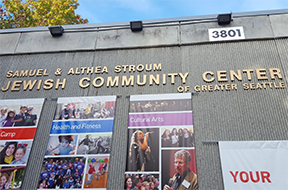 At first the whole thing just seemed bizarre: making bomb threats against Jewish Community Centers to get back at an ex? How random. But then I realized with a sinking heart: if we understand how domestic violence works, there is nothing random here. This is textbook harassment. People don’t choose their tactics in a vacuum. They draw on what’s going on around them. We’re swimming in a sea of hate crimes. This guy used anti-Semitism—and fears of anti-Semitism—to punish his ex-girlfriend.

The spike in hate crimes stresses our most intimate relationships. The separation between the public and the private is an illusion. Those who choose to abuse their partners have newly prominent cultural scripts of hate at their fingertips. From this perspective, signs proclaiming love for our neighbors, support of our immigrants, and solidarity with Muslims take on real importance. They displace the rhetoric of hate. They remind us that we all deserve to feel safe, loved, and respected. So show your love in public. Our relationships depend on it.

There are not many things that are awkward per se about being a gardener. But there is one. Sometimes I overhear things happening in my neighbor’s yard that I maybe should not.

Like one fine spring day when my neighbor’s front door SLAMMED and their really quite adorable teenager turned round on the front stoop and screamed back at the closed door “I SAID I was SORRY!” Car tires squealed. Calm settled back.

I know it’s not funny, but I said I was sorry – big emphasis on SAID and SORRY – has since become part of the vernacular in our house. When we do something stupid and apologize but the other won’t let it go I SAID I was SORRY can sometimes break the spell of an argument that is going nowhere.

I’ve been thinking about apologizing and making amends more than usual lately. I mean, I’ve thought about it a lot over the years related to my work. How batterers and sex offenders can apologize and make amends for the terrible things they have done to their loved ones and others.

And is that even possible?

And yes it is.

But now, every day, I’m watching the much bigger picture of our nation coming to terms. Watching as the scabs and scars covering our many national shames split open and bleed.

For instance, this New York Times article: A public apology for the inconceivably wicked crime of the lynching of 16-year-old Austin Callaway, taken from a jail cell and murdered on September 4, 1940 in LaGrange, Georgia. 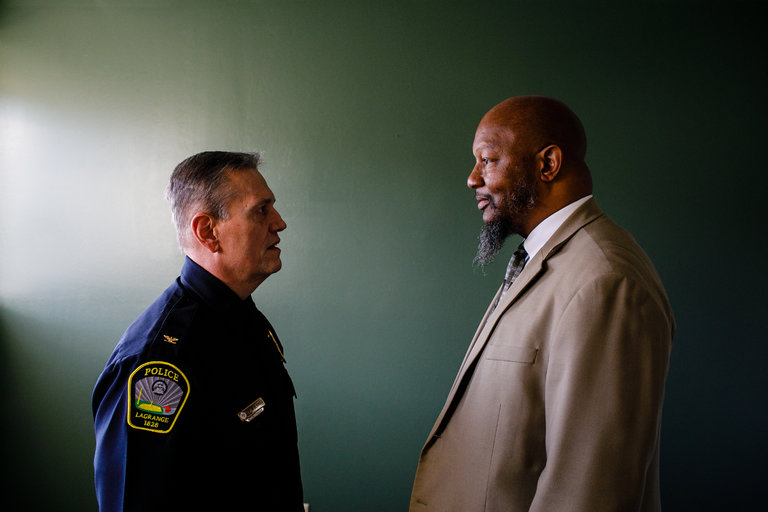 I am in awe of the people in LaGrange. Those with the courage to stand up. To face the past and to face the present. To be together. To struggle even as it gets messier and messier.