I wrote last time about anxiety and I’m writing about it again. Because it’s just not going away.

This presidential race is deadly to my mental health. Let me be crystal clear so nobody gets in trouble, I don’t care which party you belong to, or which revolution you are firing up your torch for. This post is an equal opportunity slam on the whole shebang.

Anyone else out there losing sleep? The anxiety is spreading out like an oil slick. I am not kidding you, I was lying in bed at 3am last night boiling over with hate about the protesters outside of Planned Parenthood in Olympia and fantasizing about revenge. My friends, this is bad. Very bad. In point of fact, it’s very, very, very bad. 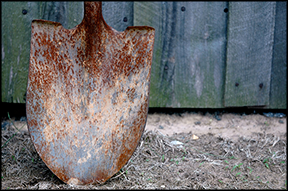 I always wish I was wiser. Like so many people around me, my response to watching people dig into extreme positions is to dig into my own. It’s like I’m standing in a graveyard digging deeper and deeper. And next to me is someone doing the same. Maybe they’re digging because they agree with me (which is reassuring―like maybe this is a winning strategy) or maybe they’re digging because they hold the opposite view.

Friends. It seems like, as reasoning animals, we could behave differently. I mean, we can stop.

For the love of god, could we just stop?

Imagine, I lean up against the side of my hole I’m chest high in, look at you. Wonder out loud, what the hell are we doing? You stop and wonder the same thing. We climb out and go for coffee.

The other day, a sliver of light cut through the haze. My friends at the local SURJ group were schooling us in the practice of calling in rather than calling out. On my good days, I think I’m kind of hard wired to ‘call in’―to be curious, kind and patient and find out what is motivating other folks to think and act the way they do―particularly those with whom I disagree. One of the worst things about the anxiety I feel so deeply these days is that it makes me impulsive. More likely to overreact and call people out rather than in.

So many people are doing positive and affirming things to counter the hate and fear. I just need to get out of the hole I’ve dug and hang out with them. Care to join me? 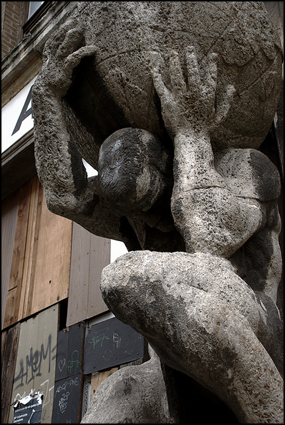 One of my most normal friends confided in me the other day. She said she’s feeling deeply anxious in a way she’s never experienced. She’s worried about being so worried.

My less normal friends and I have been feeling this way for a looooong time.

It’s not surprising that we’re freaked out. The world is shouting at us.

Wrong. Doom. Racist. Threat. Get out. Women-hating. War. Guns, guns and more guns.  This election year will undoubtedly kick all this up a notch, if there is even a notch left to be kicked.

There is a growing mountain of evidence that our brains are hardwired for negativity. Think about it. We were able to survive through multimillions of years by remembering which berries made us puke and which of the other animals are inclined to attack or eat us. Whereas, remembering whether blueberries taste better than raspberries was of very little survival value. Positive experiences just don’t have the impact or the staying power in our brains.

Learning this helped me overcome the natural inclination toward the negative. I learned that I had to work harder to help the positive messages and experiences stick.

I’ve been paying attention to my amped up anxiety of late. And watching to see if doing stuff actually makes me feel better.

Last week, I went to a meeting of Moms Demand Action for Gun Sense in America. It’s ironic, but talking about guns made me feel better. Connecting with 25 like-minded women and men, walking away with two free gun locks to give away, and signing up for their lobby day felt good.

I’m donating $3/day to the gohomemalheur.org campaign. Where previously I was filled with rage at the overentitled white supremacist militant jerks holding the Malheur National Wildlife Refuge hostage, once I donated and saw that I’m in the company of so many others (all giving to organizations that the militants would loathe, including the Paiute Tribe and the Southern Poverty Law Center) I’m fine with what’s going on. They can stay as long as they want.

And finally, deep breath. I walked around Capitol Lake. Silently, in the tradition of Thich Nhat Hanh. At the conclusion of the walk, our leader suggested something he calls one finger Zen. Holding up his index finger, he mimed pressing down as he urged us to tap the off button.

Indeed. Walk away from your screen. Get off your couch. Go see for yourself if working for social justice helps.