Recently, my friend’s 9-year-old son came home sad and confused. He had gone to the park with some boys he did not know well.

After tearing a wooden fence apart, throwing rocks at a squirrel, and announcing to one of the younger boys that his mother was a slut, the older boys turned on M. They asked him if he “had a slut.” When he asked what this meant, they told him a slut was a “girl to f**k.” He wasn’t totally sure what that meant, and he got scared. As he told his mother later “I got the feeling if I didn’t answer right, they would hurt me.”

Being one of the boys in that moment meant being destructive, suppressing any signs of empathy, selling out women you care about, and characterizing females by their sexual availability. The price for not participating in that masculinity is the threat of violence. Like M, boys every day must ask themselves, “What if all that negative, destructive energy pivots from the small animal, the mom, or girls in general to ME?” Better to agree and keep it directed outward, right? Even if it means meekly agreeing that yes, your mom is a slut, before you even really know what that means or how you feel about it.

Too often, boys learn to mask their fear of one another with a camaraderie solidified by expressions of homophobia, sexism, and—for white boys—racism. Too often, boys learn that they must be dominating, unfeeling, tough, and defined in opposition to girls to be accepted. This results in a form of masculinity that pretends to be secure and strong, but is in reality tenuous and fragile. Fragile things have to be protected, shored up, and reinforced. And that results in a great deal of pain, since it requires targets (girls, sluts, sissies, fags) to define oneself against and put down in order to be “one of the boys.”

So what happened to M? He told the boys he had to get home. He had the presence of mind to know that what was happening wasn’t okay, and he didn’t like it. He had the security to realize these boys’ friendship was not worth the compromises to his own integrity that would be required to seal it. And he knew that at home, he would be accepted, listened to, and protected.

I wish we could all feel that safe and protected in our homes, and in our bodies, however they are gendered. I would like M and all those boys to feel that they are wonderful, and that they are enough, just as they are. That they do not need to “man up.”* When we can support boys to be true to themselves instead of conforming to this rigid idea of what it means to be a man, then boys won’t just be boys. They will be compassionate, safe, secure people—like my friend’s son.

Not exactly on point, but I got what my teenager was asking. Even she gets the double-standard of the Obama administration’s position on emergency contraception. She asked, “If they think that making it easy for girls to get emergency contraception means that they are going to have more sex, then why do boys get to buy condoms without any problems?” This is mind-boggling coming after President Obama’s speech at the Planned Parenthood Conference: “When it comes to a woman’s health, no politician should get to decide what’s best for you.” 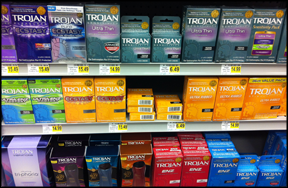 Why do I have a problem with the government policy? Because of all the barriers: you must be 15, you must have a government-issued or photo id (not something all schools provide), you must purchase it in a store that has a stand-alone pharmacy (rare in rural and remote communities), and it is expensive—even though Medicaid covers other over-the-counter medicines like condoms.

We have plenty of evidence-based scientific studies proving that emergency contraception is safe, prevents ovulation, and cannot terminate an existing pregnancy. We have research that shows the dramatic decline in unintended teen pregnancy and abortion rates when teens learn how to use contraception more effectively.

We also know that teens who are abused experience birth control sabotage, pressure to get pregnant, and significantly higher rates of unintended pregnancy. Emergency contraception is important because negotiating birth control methods is awkward in any relationship, but it’s nearly impossible if you’ve got an abusive partner who wants control. 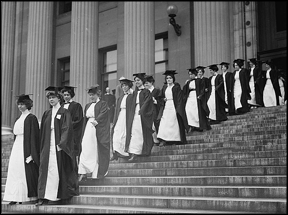 But lately I’ve been wondering, what if I focused less on trying to achieve what men have and more on how to develop myself to achieve what is most important to me? What if every girl and every woman did the same? What if each and every community valued educating girls to fulfill their goals?

What would women, as leaders, achieve? How would our communities be different? I imagine a whole new world of possibilities. And I am interested in hearing what you think!

Perhaps ill-advisedly, I spent last Sunday afternoon at a dance performance with two of my sons. It was an unusually busy weekend, there was laundry and homework to do, and frankly neither of the boys was wild about the idea of sitting quietly in a theater for two hours. But I persisted, and we went.

The show was Men in Dance—a festival held every two years showcasing a wide variety of dance from classical to contemporary. All of the performers are men and boys. What I love about watching these dances is the sheer range of expression and styles. Some performances are tender and romantic, some funny, some bursting with energy and power.

It is tricky raising boys to be men in a culture that tolerates and celebrates men’s violence, and in which that violence does so much damage. One of the challenges is this: how do we teach boys to be conscious of and critical of violence, and at the same time to love and be proud of themselves, when the culture teaches them that violence is something essential about who they are?

I think what moves me about watching these dances is that it feels like a glimpse of liberated masculinity, what men can be outside of the “man box.” And I don’t mean just because men are defying macho stereotypes by dancing. That’s true, but it is only the surface. The dancers embody masculinity that stretches into a wide expanse of human experience, far beyond that narrow range of emotion typically recognized as manly. It is a celebration of men and male bodies. A display of strength and beauty without domination or objectification. Athleticism and skill without winners and losers. I want those models of manliness for my sons, but they are not easy to come by.

I’m leaving my boys for a few days later this week to join in a series of conversations about healthy masculinity. The Healthy Masculinity Action Project envisions a world where “Every man can be strong without being violent. Every man can make the world a better place.” Rejecting violence is only a first step. The conversations I hope to have are about how we get beyond that to a kind of masculinity that is worth celebrating. How we embody it an authentic way, recognize it in each other, and make it accessible to everybody. I know what it is like to grow up with no visible image of the kind of man I wanted to be, so I know it is possible to make it up on your own. I don’t know yet how to make that vision real for my boys and all of our sons, but I am excited to be with other people trying to figure it out.

Have you heard about the documentary Miss Representation? It’s a film about how women are portrayed in the media and the effect it has on every last one of us. This is not news to me. Probably not news to any woman out there. But I watched the film anyway, because I was wondering how it might inform my work on behalf of battered women.

I was not prepared for its emotional impact. Like I said, this is OLD NEWS. I thought I had moved beyond the hurt and into a place of toughness, channeling my feelings into productive work for women! WRONG. The way the film so clearly illuminates the media’s systematic degrading of strong, intelligent, powerful women in our society hit me like a freight train. This is hurting all of us. Women and men. Girls and boys.

I also just saw Tony Porter’s TED talk about the “Man Box,” his term for the collective socialization of men. Take a few minutes to watch this video. It’s 12 minutes very well spent. He explains that forcing boys to fit in to the “Man Box” (boys don’t cry, boys are in charge, boys don’t act like girls) creates the conditions that make violence against women acceptable. The media’s incessant barrage of negative images and remarks about women do the same. So the bad news is—this stuff still makes me sad and angry. The good news is—it still makes me sad and angry!

And here’s what I want you to do about it. What makes Tony Porter so powerful is that he tells stories. Relatable stories. And it really challenges the way people think about things. So go on Facebook and tell a story about how the media’s take on women or the “Man Box” has affected your life in a concrete way. We’re not going to start any revolutions talking about things in the abstract. 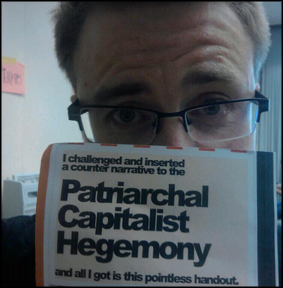 Lately I have been thinking about efforts to get men and boys involved in working to end domestic violence and sexual assault. There is a lot of good work happening now, but I wonder how many of us—of all genders—really expect men to be full partners in ending violence against women? How many of us still are surprised when a man speaks up against a rape joke, or shows empathy for a survivor of domestic violence? Can we imagine a world in which it was not just expected but obvious that most men would do these things (even when no women are around)?

I expect men to care about ending battering and rape for pretty much the exact same reasons women do. Because rape violates victims’ basic human rights. Because the threat of violence constricts women’s freedom and creativity and joy. Because men and boys’ fear of each other gets in the way of real intimacy. Because battering and rape are spiritual poison to people who batter and rape. Because violence at home tears communities apart. Because we can’t achieve any other kind of justice while women are silenced and terrorized.

Simple enough. But talking about men’s work to end violence is not so simple. Too often I hear messages that tell men we should not rape and batter because “real men” don’t. Because men are meant to be powerful — protectors and providers for women who can’t (or shouldn’t have to) protect and provide for themselves. Those expectations might inspire men to stop hurting women (I have my doubts), but meanwhile they reinforce the idea that men are in control.

On the other hand, the bar is set so low for men it’s embarrassing. When it comes to being involved in anti-violence work, men are congratulated just for showing up, and called heroes for doing just about anything more than that.

What do you want to say to men and boys about ending men’s violence? What do you expect from men? What do you hope we can achieve together?