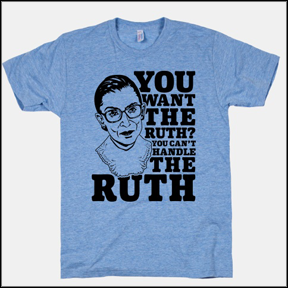 Last week I was eagerly anticipating the gay marriage arguments in the U.S. Supreme Court. I even bought this shirt because I’m a big nerd who could listen to Nina Totenberg on NPR recount Supreme Court arguments all day long and I’m a big fan of justice. But when I went to check my news feed, I saw the news of the domestic violence arrests of engaged WNBA stars Brittney Griner and Glory Johnson instead.

I know that abuse happens at the same rate in same-sex relationships as it does in opposite-sex ones, but some folks are thrown off by this. The media had a hard time figuring out how to talk about it. ESPN reporters published their email chain debating how to cover it: How could they report on this in a way that holds the abusive partner accountable and calls for the WNBA to treat this as seriously as other sports leagues have recently promised to do, without feeding into the myth that women are just as abusive as men? Yeah, they didn’t come up with an answer either.

Here’s the thing—power and domination over others is a part of our culture and it rears its ugly head in a lot of different places. We are seeing it in the police brutality in Baltimore and around the country, in the wage gap between races and genders, and in the anti-LGBT backlash to marriage equality. With all this institutional violence it’s no wonder we see abuse in personal relationships as well. Straight or gay, it happens. Not exactly the kind of equality I was hoping for, but one we must recognize and address.

Striving to improve personal behavior is not the only work to be done to end violence in relationships. We have to work on institutional violence as well.