Ashley Judd talks about the response she gets when she pushes back against online harassment: “I brought it on myself. I deserved it. I’m whiny. I’m no fun. I can’t take a joke. There are more serious issues in the world…. Grow thicker skin, sweetheart.”

A new book tells the stories of women in the Zapatistas movement: “The [Zapatista army] has always had a clear commitment to women’s right to participate at all levels, and Zapatista leaders insisted on this from the very beginning. In spite of some men’s resistance, there was a strong response from women who wanted to be involved, who wanted to see a change in their lives.”

Our Refuse To Abuse® domestic violence prevention campaign with the Seattle Mariners was highlighted in the New York Times this past week, calling out the “proactive approach” and noting that “the campaign has promoted safe, healthy relationships.”

An important article on the racial parenting divide as the media continues to discuss Adrian Peterson.

Congratulations to Sarah Deer, named a 2014 MacArthur Fellow this week! “The MacArthur Fellowship will change my life in a number of ways, but more importantly it will allow me to do more focused work on the passion that I have for justice for Native women.”

Happy New Year! Are you into resolutions? Find some inspiration in Colorlines’ “Racial Justice Bucket List.”

The YWCA of Spokane is thinking about how the design of their shelter space can impact survivors’ healing process.

It’s stalking awareness month! Check out the presidential proclamation issued by the White House this week.

Earlier this year, our executive director, Nan Stoops, was invited to be the keynote speaker at a conference organized by the Hawai’i State Coalition Against Domestic Violence. Her assignment: outline a five-point plan for ending violence against women and girls.

Point #1: Bring the past forward 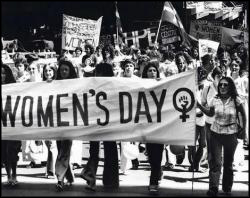 Our work to end violence against women is rooted in the women’s liberation movement of the 1960’s, in particular the efforts to secure reproductive rights. Early organizing strategies were learned from the Civil Rights, Labor, and Anti-War movements, where work was launched by personal testimony about violence, oppression, and dehumanization. Many of us remember the 60’s and 70’s as an angry, energetic, and passionate time.

I think we are in another period of unrest. While the big issues have evolved into the 21st century, they appear to be very familiar. And we have a great opportunity to bring what we’ve learned into the present with a more nimble and visionary approach to our social justice work.

We must remain vigilant about reproductive rights. There are three times as many anti-choice bills in state legislation this year as there were in 2010. Anti-choice campaigns are controlling and hateful, and shameless in their strategic manipulation of race, class, and immigration.

The wars are taking a tremendous toll on our communities. Not only are we faced with the devastating effects of war on families, we are also suffering from the economic and political fallout caused by years of troop buildup and declining morale. Women around the world continue to be both the victims and tools of men’s war against each other. I hope we are working to support the families of returning troops, and I also hope we are joining in global organizing against militarization and U.S. domination.

Civil rights for immigrants are being dismantled. The war on poverty has been completely lost. And technology has added elements of speed, invisibility, and recklessness to the exploitation and abuse of women and children.

Over the past 30 years, we have developed an increasingly complicated rhetoric about our work to end violence against women. It’s so complicated that sometimes I’m not really sure what I’m talking about. So I want to suggest that we return to plain talk. Plain talk about what happens to women. Plain talk about what we are doing and what we want in our future. We need not care about being impressive. We need only care about being heard.

Earlier this year, our executive director, Nan Stoops, was invited to be the keynote speaker at a conference organized by the Hawai’i State Coalition Against Domestic Violence. Her assignment: outline a five-point plan for ending violence against women and girls.

Over the next six weeks, we will post installments of her speech. After all, if we can figure out how to end this kind of violence in five steps, shouldn’t we all have a look?

I honour your gods. I drink from your well. I bring an undefended heart to our meeting place.

These words from a Susan Wright prayer express how I feel about being with you here today. I am enormously humbled to be a part of your conference, and I thank the organizing committee for the gracious invitation.

Hawai’i is like a home away from home for me. I come here as often as I am able, which, of course, is not often enough. But always, the colors, the water, the people, the food, and the pace of life remind me why it is that I am forever contemplating a one-way ticket to this place. It is here that I encounter the timelessness of friendship, renewed passion for our collective work, and an understanding of the fundamental importance of connection. 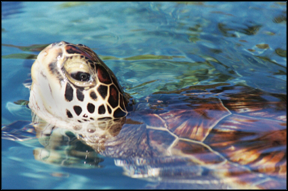 In 2008, we stayed at a house near Haleiwa where we were in the company of some very social Honu. One in particular kept my attention. She was quite large; she had one flipper that, either by birth or by injury, was ½ the size of the other; and her shell was full of scratches and chips. Each day she would arrive in the cove and slowly make her way onto the beach where we would spend the morning basking in the sun as if we were friends.

I learned early on to keep a certain distance from the Honu, and I did. I would even move away, only to be followed. We never spoke, we never shared a meal, we did not friend each other on Facebook. I wondered about her journey and how she decided when to ride the current or swim against it. I wondered if she knew when she was being tossed against the rocks. I wondered if she had a plan when she left and didn’t return.

I have wondered the same things about so many women I’ve encountered. I can’t begin to count them, but I remember many of their names, their faces, their children, and the stories they told. Some are surely dead. And some are surely free.

I am here today, talking with you, because of them. Public speaking is not the comfort zone of introverts like me. But I am indebted to a long line of survivors who have filled my life with theirs. They are my past that informs my present and gives shape to my hope for the future. For me, they are the Mo’o.

I want you to know that I love being able to do the work I do. I see it as a blessing, a privilege, and a chance to participate in something really, really big. I have been fortunate to work with a Who’s Who of advocates and activists all around the country, and to witness the visionary organizing that is happening in other parts of the world.

I believe we are at a critical juncture in our anti-violence, social justice work. We now have state and federal laws that criminalize rape, domestic violence, incest, and trafficking, and that authorize funding for a vast network of shelter, treatment, and advocacy services.

We are paying more attention to what many of us call violence in the margins. We know that the experience of gender violence and the response to it is affected by a host of other factors, like race, ethnicity, class, status, age, sexual orientation, physical and cognitive ability, religion, culture, first language, and so on.

Our work to end violence against women is now quite complex. When I look back over my own 30 years of advocacy, I am both enormously proud of what we have accomplished, and somewhat concerned about where we are headed. In my home state ofWashington, I am referred to as a “movement historian,” and advocates often ask me if I get tired of doing the work. Now once I get over the shock of being considered old enough to be a historian, I always reply, and I mean this, “of course, I get worn out and worn down, but we are in a very challenging and exciting time right now, and I think a fresher and better version of ourselves is going to emerge. I want to see it and I want to be a part of it.”

Here’s the deal. We have been in the anti-violence business for more than 40 years. Many of us talk about being a full generation into the work and, in fact, we see every day what that means. We have women and men who, as children, lived with their mothers in shelter and now as adults, are again calling us for help. We have activists who were raised by activists, young people who now join or replace their parents in our workforce. Some of us work alongside four generations of people, which means that the workplace is equally complicated and dynamic. We welcome new, diverse, energetic voices and ideas at the same time that we mourn the growing loss of our earliest leaders, founders, mothers, and warriors.

When I think about all that we have learned over the decades, and all of the growth and progress and change, what I always come back to is that which has stayed the same. And perhaps the best way for me to describe it is to reflect on my own experience as a fledgling advocate in 1981. I remember being oddly passionate and irritable. I had the textbook answer to the question “Why does she stay?” But whenever I was asked that, I would say, “Because she can’t leave. And you should be asking me ‘Why does he batter?’ The answer to that is ‘Because it works and he can.’ ”

To this day, even though I am capable of articulating a more sophisticated and nuanced response, I still often rely on “she can’t/it works/he can.” My participation in a full generation of anti-violence work has landed me, in some ways, very close to where I began, and this simple fact is what guides my hope for our collective future.

I want to offer the Nan Stoops five-point plan for ending male violence against women. It isn’t written down anywhere, except here. And this is the first time I’ve said it out loud. It’s in no particular order, and it may not even make sense, depending on what you do, with whom, and to what end. However, what I hope comes through is the importance of thinking about the conditions that allow, encourage, and perpetuate violence and the opportunity and responsibility we have to do work that matters.